You are here: Home>History>Campden in Wartime>Memories of Lockheeds 'Shadow' Factory in WWII 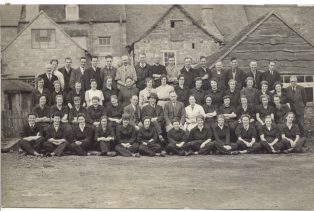 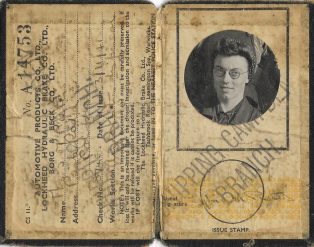 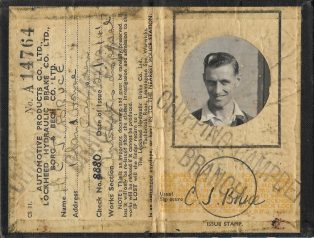 Does anyone remember the ‘shadow’ factory?

We recently had an enquiry from the son of one of the workers who came from Leamington with the Lockheeds factory that was set up in Cutts Garage workshops in WWII. We sent the only photo we have, and some memories from local people.  David replied:–

“It took me all of two seconds to recognise the fairisle jumper Dad use to wear, day in day out.  Yes, he is the sixth person on the back row from the left, with the unique haircut. Dad, to me, is Idwal, known to friends and colleages as Eddie, and to anyone else as Taffy ; as he was and always was a Welshman.
Eddie was born in Maerdy, near Aberdare, and came up to the Midlands in the Late 1930’s and joined Lockheeds where he trained a capstan lathe operator, and subsequently a tool setter. He was also an ARP warden at Lockheeds.
I guess because of his skills, he was chosen as suitable for this shadow factory, but of cause knew nothing about his wartime efforts, even long afterwards.
When this photo was taken in 1943, I was all of 1 year old, but prior to closing the shadow factory, I vaguely remember hime coming home on the Lockheed bus late at night.
I am so pleased that people are still interested in the lives of our forefathers some 70 plus ago. Maybe some relatives of the other Lockheed Shadow Factory workers may find this information on line and wish to join in.”
Here’s one of the memories: more can be seen in the attached document.

I was on nights and we were living behind the Library nearby. I couldn’t get to sleep during the day for the noise coming from the factory, so I used to go up to Mr. Warmington’s to sleep.  We laughed, sang, cried when we heard sad news, but we never stopped working.