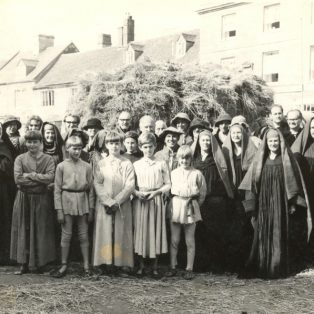 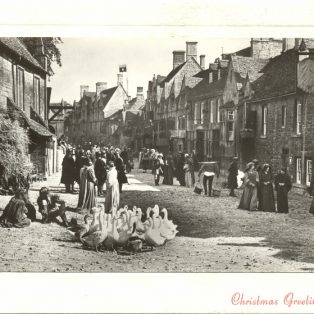 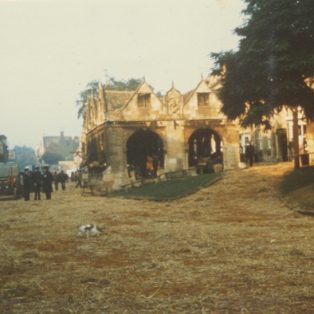 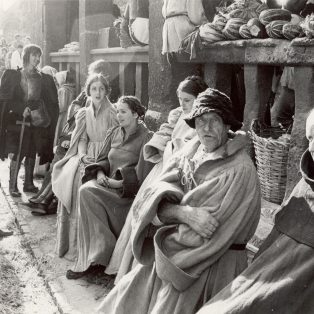 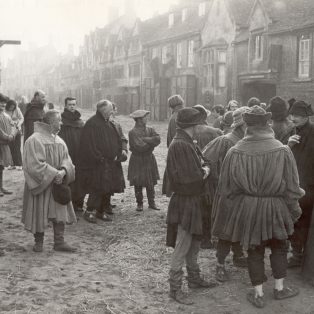 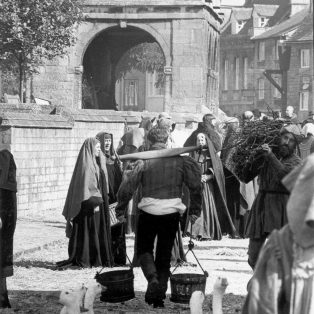 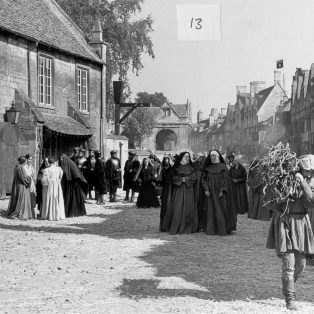 The Italian Director, Pier Paolo Pasolini, used Campden as a location for his 1972 film of Chaucer’s The Canterbury Tales.

‘We are again plummeted into a world of lecherous old ladies, ugly old husbands, willing and ready pages, ending with a superb final fling in gaudy red Sicilian hell, accompanied by a salvo of farts.’ (Time Out Film Guide)Not quite the way Campden saw it in production!

‘There was great excitement in Campden on hearing the news that a version of “The Canterbury Tales” was to be filmed in Campden under the direction of the Italian producer, Pasolini, and that “extras” would be needed to take part!  Much activity by our three policemen, Desmond, Ian and Paul to clear the streets of traffic, and the Town Hall requisitioned for  costume fitting and a pay centre.  A High Street and Market Hall transformed!!’    Dorrie Ellis

‘We had to be at the Town Hall at 6am to get our costumes. The Italian wardrobe master wore tight leather trousers and carried a bag. He decided who played what, probably based on the size of clothes he had. I was a nun. We waited around and got hot – the clothes smelled of cleaning fluid!’  Betty Grove