You are here: Home>History>People>Campden People>A man of many parts - Herbert Wixey

A man of many parts - Herbert Wixey 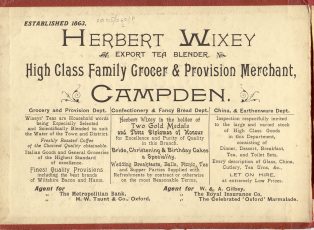 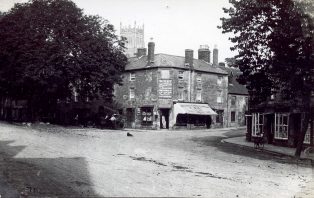 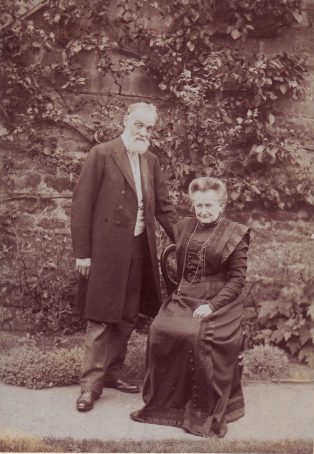 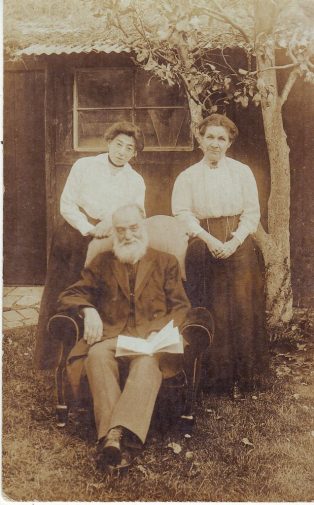 Herbert Wixey with daughter (left) and Miss Whatcott, his assistant 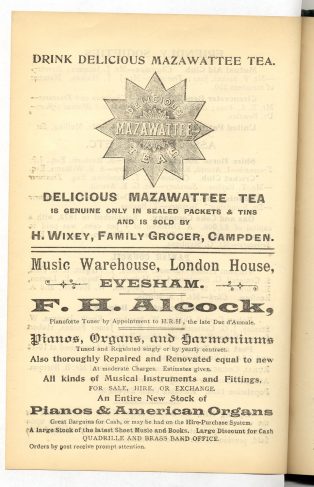 Herbert Wixey owned and ran Wixey’s Stores which was established in 1863. A newspaper advertisement described Herbert Wixey as a “high class family grocer, an export tea blender and a provision merchant”.  He was a pillar of the local business society, a Sunday School teacher and involved in most of the local committees and activities.  He often appeared in Evesham Journal newspaper reports – eg “At the 1883 meeting, in responding to the toast “The Town and Trade of Campden”, which was new to the Society’s list of toasts, grocer-baker-bank manager Herbert Wixey said Campden was well represented in every class of business, and his experience proved that he could get work done there much cheaper than In large towns. He urged the tradesmen of the place to exert themselves to keep the trade in their own hands, and said that he never spent a shilling elsewhere that he could spend in Campden. [A lesson for us today!]

Leaving the theme of “Buy Campden”, Wixey ventured into the controversial area of allotments, according to the Evesham Journal. The boundaries of controversy had shifted, however, and it was no longer a question of whether or not the men should have allotments: “They all had a little in the land”, he is reported to have said, and he knew some of them wanted more. Now if a man had three acres of land he must be possessed of capital to work it. (Some of the men cried out they would soon get that a bit at a time). His view was to let the labourer have his land at the same rent as the farmer, and he hoped a representation would be made to the Earl of Gainsborough with a request that the rent of the land let out in allotments might be readjusted. (A cry among the men arose in the room that they wanted more land at a fair rent, and the interruption was so great that the chairman was obliged to call for order)”   Herbert Wixey was also Chairman of the Fire Brigade Committee. He often appears in reports of Gloucestershire Volunteer ‘K’ Company meetings, events and dinners.

Mr and Mrs Wixey had nine children, but only six survived childhood, and in the 1911 census just two daughters were still at home. When Norton Hall, near Mickleton, was set up as a Red Cross Hospital in WWI, “Dr John Dewhurst, the Campden GP, was the Medical Officer and Miss Jennie Wixey was the Quartermaster, responsible for procuring and managing the food etc. She was very well-suited for the role, as she was the daughter of Herbert Wixey, a prominent Campden grocer who also ran a bank alongside his shop. Jennie (Jane Emily) is listed in the 1911 Campden census as a bank clerk for her father and at the age of 40 must have had a great deal of experience in accounts and managing a shop.”
Herbert’s son Frank took over the business in 1915 and sold to Joseph Burton and Company in March 1920.
The story of Wixey’s Stores and other Campden shops is told in ‘Trading Places’ a CCHS publication.