You are here: Home>History>People>Campden People>Sold newspaper to King Edward VII 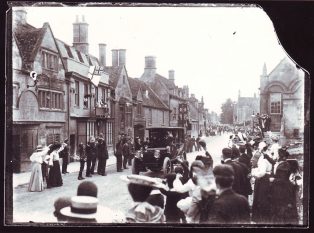 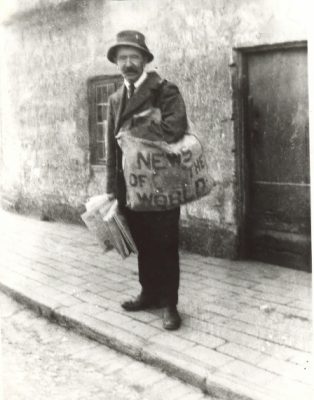 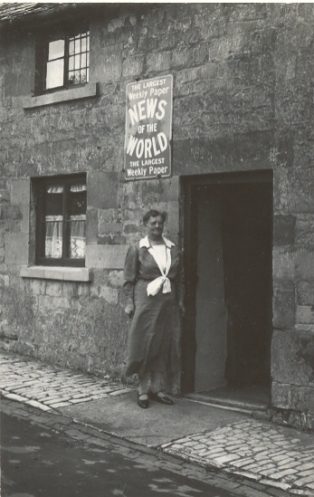 On 25th March 1933, the Evesham Journal reported on the death of Bob Dickenson…..

On Friday evening Robert James (Bob) Dickinson [Dickenson] was found dead hanging in his cottage in Cider Mill Lane. Deceased was well known in Campden and district. He first came to town about 35 years ago, and for many years was a licensed pedlar, and was a familiar figure for many miles around when plying his wares. He also distributed Sunday newspapers in Campden and Blockley. The red letter day in his career was the Sunday in the week-end visit of King Edward VII to the late Lord Redesdale at Batsford Park.

That afternoon His Majesty, with other members of the Royal party, was motoring from Batsford to visit Lord and Lady Elcho at Stanway, and when passing through Broad Campden met “Bob” delivering his newspapers. The Royal car pulled up and purchased two copies of the “News of the World” from him. A friend of Dickinson reported the fact to the proprietors of the “News of the World”, who sent him a new bag with a massive brass plate attached inscribed with the Royal Coat of Arms. This he proudly carried with him every Sunday up to the time of his death. Deceased was 68 years of age and leaves a widow.