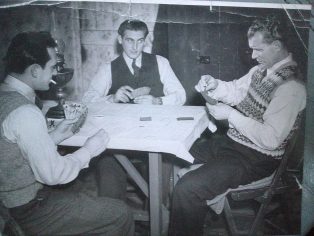 Rigobert (centre) enjoys a game of cards with fellow POWs 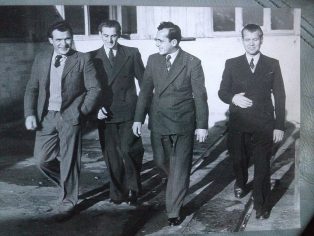 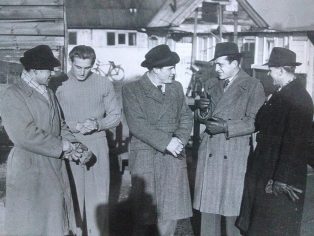 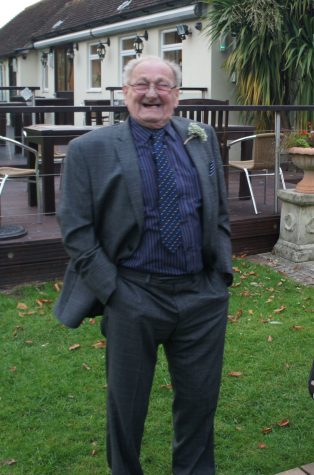 A young German soldier, Rigobert Stange, spent his 17th birthday in a British POW camp in St. Albans, with little celebration, and shortly afterwards, around early 1945, was sent to Springhill Camp.

He was born in Bernterode, in the Harz Mountains, where the Germans hid all the Reich’s gold and valuables during the second world war. He was called up into a “work battalion” when he was 15, filling in bomb craters on airfields and other labouring tasks. At 16 he was transferred into the German Paratroops and sent up to Arnhem to fight (September 1944, A Bridge Too Far etc). He was captured by the Canadians in December 44 and sent to a holding area in Calais. Transferred from there to St Albans, he was then sent up to Yorkshire and then to Springhill Camp, near Chipping Campden.

He talks of wearing a greatcoat with a yellow diamond sewn on the back (aiming point for guards rifles) and being grateful for the outside work as the food in the camp was sparse and he used to eat raw potatoes that he sneaked out of the ground. He remembers Hitlers birthday in 1945 as they had special “soup” that day with meat in. Later they all had violent diarrhoea! He swears his eyesight suffered from sitting at night with a candle eating stolen bread crusts stolen from the dustbins and that were stale. They managed to obtain pedal cycles from somewhere and he remembers hurtling down the old Fish Hill to work on a bike with fixed pedals – no gears and no ratchet system where the pedals were fixed connected to the back wheel cog, the faster the bike went the faster your legs had to go on the pedals.

Later Rigobert was moved to a prison camp at Fladbury. He worked for a market gardener near Wickhamford called Teddy Hale who was the best man at his wedding in Pershore to a Land Army girl. Rigobert was released from POW status in 1948 but his family were all in the East Zone under Russian occupation so he couldn’t go home (they’d have shot him).

His English friends shortened his second name Friedrich to ‘Fred’ and that’s what he has always been known by! He had three children, all boys, and still lives in the Vale.

Fred’s memories were collected by his son, Andrew