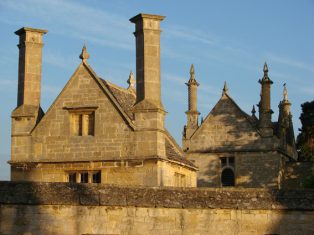 Three hundred and fifty years ago Campden was horrified when a well-known local man did not come home one evening and his bloodstained neck cloth was found next morning near Ebrington. No body could be found and then his servant, John Perry, confessed that he, his mother Joan and brother Richard had committed murder.

The story was convincing but two years later, after the three had been hanged, there was proof that the alleged murder had never happened – the return of William Harrison rocked London as well as Campden. New information and theories have been incorporated into a retelling of this story – but what really happened? Is it still a mystery?

William Harrison, Lady Juliana’s steward, an elderly and respected man, vanished one night with the rents he had been collecting. Only his hat and bloodstained neckcloth were found. His servant was accused and after much investigation confessed to murder and robbery, also accusing his mother and brother. The three were tried, twice – the first time the murder could not be proven since no body had been found. At the second trial the judge was not so cautious and they were all condemned and hanged.

In 1662 the steward returned to Chipping Campden with a story of robbery, kidnapping and having been shipped out of England bound for America, then captured by Turkish pirates, and sold by them as a slave. Even today the full story is not known but the steward’s account was accepted as true by most at the time when the events would have been closely enquired into.