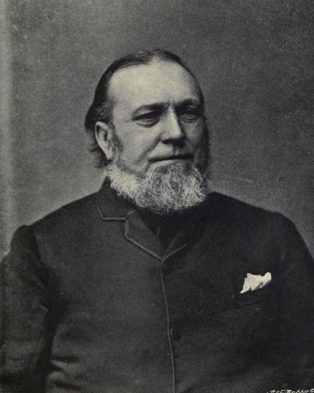 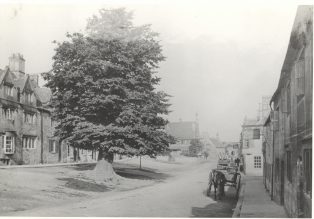 Joseph Arch, the charismatic leader of the new National Agricultural Workers Union, came to Campden in 1872.

In common with other travelling speakers he was not welcome in the established meeting places so he stood under the elm tree in Lower High Street and addressed the farm labourers, hedgers and ditchers.

Although Campden men had not been heavily involved in the union, the community, like the rest of the countryside, was in the grip of agricultural depression and dissatisfaction amongst agricultural workers with the established order. Subsequent to his visit they became more politically aware, and he was given a rousing welcome when he returned two years later.

By then Arch was known throughout the country, and he was developing a more political stance.  At the 1885 election, following the previous year’s Parliamentary Reform Act, Arch was elected as an MP, the first agricultural worker to enter Parliament. In the same election, A. B. Winterbotham was elected for East Gloucestershire, and ‘for a short time thereafter Campden (to the dismay of many) came to deserve the reputation of being “the most radical place in Gloucestershire”.’ There was a religious as well as political divide locally and nationally, with the Anglican establishment supporting the Conservatives and non-conformists supporting the Liberals.

Here is an article from Signpost about the labourers’ fight for more allotments.