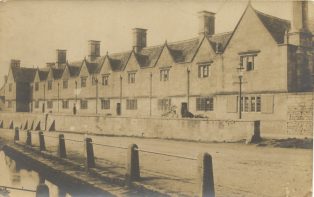 The Almshouses, near the Church and opposite the ruins of Campden House, were endowed by Sir Baptist Hicks.

…the crowning achievement of the domestic Cotswold style…

The Almshouses were built in 1612 at a cost of £1,000 to provide accommodation for six poor men and six poor women who were allowed a weekly allowance of 3s. 4d. and “a frieze gown and a ton of coals and a felt hat” annually.  They still provide homes for twelve elderly people and remain much as they were, apart from the addition of a modern kitchen and bathroom rather than the original “one up, one down” layout with a shared outside privy.

This is how David Verey, in Pevsner’s “The Buildings of England – Gloucestershire: the Cotswolds” described the Almshouses.

“Here the style is still vernacular…hardly touched by the Renaissance.  …The building, (is) rightly considered the crowning achievement of the domestic Cotswold style and mason-craft of the early 17th C.” 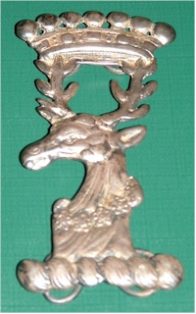 In 1849 the Vicar of Campden, Canon Kennaway, commissioned portraits of the almshouse residents – eight paintings still exist and show the men wearing caped overcoats, top hats and boots and the women wearing black bonnets, black gowns with white aprons.  All the pensioners are wearing a silver badge consisting of a coronet and stag’s head with a floral garland round its neck.  Almshouse residents no longer wear a badge and, in fact, only one of the originals exists, in private hands. 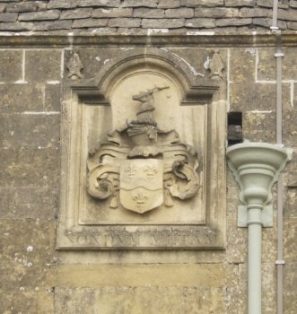 In the centre of the main block of the Almshouses is a carving of the coat of arms of Sir Baptist Hicks, with its Latin motto Nondum metam,  which means something like – ‘I have not yet reached my goal’ or ‘I am not yet finished’.

I have not yet reached my goal 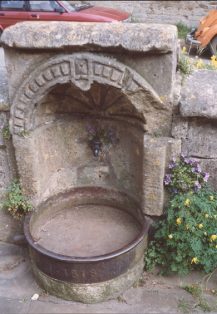 Water tap outside the Almshouses

Sir Baptist Hicks also made sure that the occupants had access to a good water supply and the tap is still evident in the centre of the wall at the front of the Almshouses, although not now working.  The water came from the Conduit House on Westington Hill. 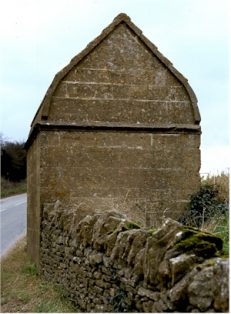