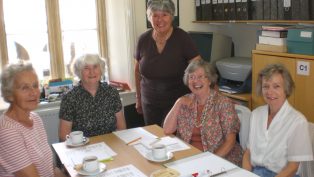 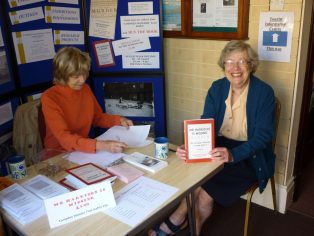 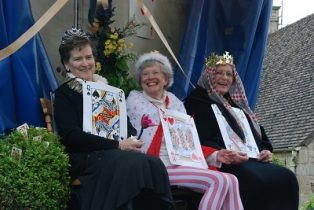 History Society having fun on our float at Scuttlebrook Wake 2013

It is with great sadness that we report the death on 5th December of Jill Wilson, Vice-President of Chipping Campden History Society.

Jill  was a lady of considerable talents and wide interests, especially archaeology (including working with Sir Mortimer Wheeler), astronomy, geology and sundials, but she had a particular regard for British local history.  An avid reader and an indefatigable researcher, she brought an academic’s authority to the books which she wrote, whilst making them easy to read and, in the modern phraseology, ‘accessible’.  The advice which she was so frequently called upon to give was imparted with a twinkle in her eyes and huge enthusiasm.

It was our great good fortune that Jill chose to move to Chipping Campden over 35 years ago.  She very quickly became an active member of CADHAS (as it was then) and played an influential role in the development of the Society in its early days, serving on the Committee and latterly as Vice President. Her contribution cannot be over stated and for many of us she remained the “go to” source for guidance; her ability to interpret and draw together strands of research to a convincing outcome was outstanding.

She was delighted by the successful conclusion this year of the Campden House project, the publication of the associated book and by the Open Weekend event; her interest in and commitment to the Society remained undimmed. She will be greatly missed.