You are here: Home>Publications>Books and Booklets

To order a publication go to our on-line ordering page.  If you wish to pay by cheque and send your order by post, please scroll to the bottom of this page and download the Order Form. 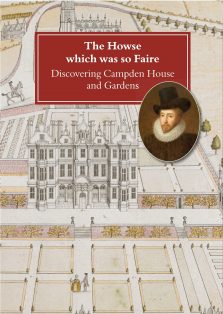 The Howse which was so Faire: Discovering Campden House and Gardens

CCHS carried out a four-year project, funded by Heritage Lottery, to research old Campden House, built by Sir Baptist Hicks, Viscount Campden, in c. 1615 and burnt down in the Civil War in 1645.

Tantalising clues remain, but of the house itself only a small fragment of ruined wall remains. CCHS turned detective to recreate how this magnificent house would have looked, its extensive formal gardens, the lavish interiors and its impact on the town of Chipping Campden. Much was also discovered about Baptist Hicks himself, his family connections, his relationship with his fellow merchants and the Court and the extent of his moneylending dealings. By a combination of archival research, local knowledge and practical investigation of the site, including a geophysical survey, we resurrected the ‘great burnt howse’ which has been lost for 400 years.

CCHS publishes a series of booklets describing different aspects of Campden history which visitors to Campden will find particularly interesting. 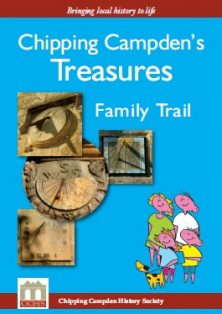 Follow the trail round Campden to find architectural and historical treasures, such as sundials, boot scrapers and door knockers and bells and more…! 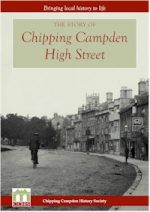 The story of the development of Campden High Street from the Romans to the 20th century, with descriptions of some key buildings. 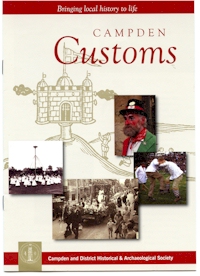 A description of some of the customs peculiar to Campden, such as Robert Dover’s “Cotswold Olimpick Games” and Scuttlebrook Wake, Maypole and Morris dancing.

Campden House and the Almshouses 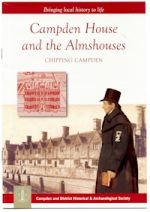 Campden House and the Almshouses were built in the early years of the seventeenth century by Sir Baptist Hicks, a rich and well-connected London mercer.  The house was burned down during the Civil War, but the Almshouses are still occupied by elderly Campden residents. 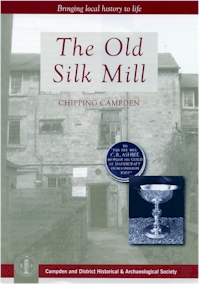 The main claim to fame of the Silk Mill is that it housed C R Ashbee’s Guild of Handicraft in the early twentieth century – and is still the base for several craftspeople, including Hart’s silversmiths.  Silk spinning is believed to have begun here in the eighteenth century. 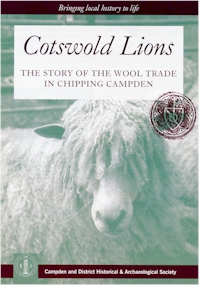 England’s wealth was founded on wool and cloth, much of it originating in the Cotswolds, with Chipping Campden as an important centre.  The “Cotswold Lions” were a particularly shaggy breed of sheep whose wool had a long staple, or thread, which was ideal for making fine cloth. 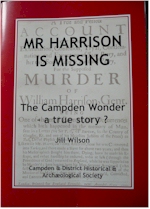 The story of The Campden Wonder – how Mr Harrison went missing – and turned up again. Softback, 36 pages

I marched straight to Cambden 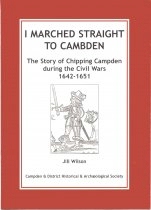 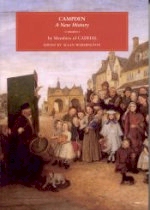 Fully illustrated with 51 black and white pictures and 10 colour plates. Most of the illustrations, some of which are works by local artists, have not been published previously. Hardback, 350 pages. (hardback)

Photographs and memories of Campden Shops.

A Child in Arcadia: The Chipping Campden Boyhood of H T Osborn

The memories of Harry Osborn, whose family came to Campden in 1902 with C R Ashbee, and the Guild of Handicraft.

The story of Gerard Noel, the author’s great-great-great-grandfather and namesake. It charts the arrival of the Noel family from France to England around 1100 and outlines the establishment of the first Earls of Gainsborough at Exton and Campden. Hard back with colour dust jacket, 216 pages, including appendices and family trees, with 10 colour and 53 black and white illustrations. (hardback)

Written by his daughter, this account shows how the intellect and artistic ability of a young Scot could expand under the influence of C R Ashbee.

The Various Lives of Wentworth Huyshe

Journalist, historian, translator, designer, composer and actor – a fascinating account of one of Campden’s more colourful characters from the last century.