You are here: Home>Archives>From the Archives>Letter from the Battle of Talavera

Letter from the Battle of Talavera 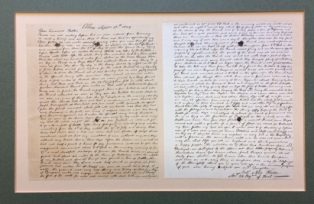 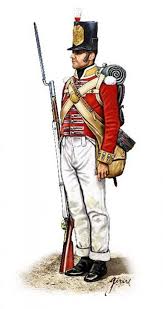 Extraordinary coincidence – we were sorting a box of assorted family history papers from the Archives and came to the Hiron family: amongst them was a copy of a typed extract of a letter from Robert Hiron to his father in 1809, describing the Battle of Talavera. It was so interesting to have an eye witness account. Unbelievably, two days later we had an email offering us the original letter!

The letter has now been accessed into our Archives, joining other documents that we have about the Hiron family who, in the 17-1800s, were prominent in Campden life. From the Campden Parish Registers of baptisms, marriages and burials it seems possible that Robert was born in 1774 to John and Mary Hiron. He was buried in Campden in 1819, aged 47 years.

Luckily he gives his Regiment when he signs his letter – the 24th Regiment of Foot. This was formed in 1689 as Sir Edward Dering’s Regiment of Foot and renamed in 1782, with its headquarters in Warwickshire. In 1881 the Regiment became the South Wales Borderers. The letter shows that his wife, Elizabeth, was with him in Spain. What remarkable privations they suffered!

As Robert Hiron was a Sergeant it seems likely that he was already a regular soldier when he was sent to the Peninsular Wars and possibly married Elizabeth on his travels. There is no record of their marriage in the Campden registers.  Sadly neither Robert nor his father John left wills or inventories, but we are now working on other Hiron documents to see where he fits in the large family tree.

Discovering the letter sent me on more research – and I may have to look for the ‘Sharpe’ book, based on this battle!  See the transcribed letter below.