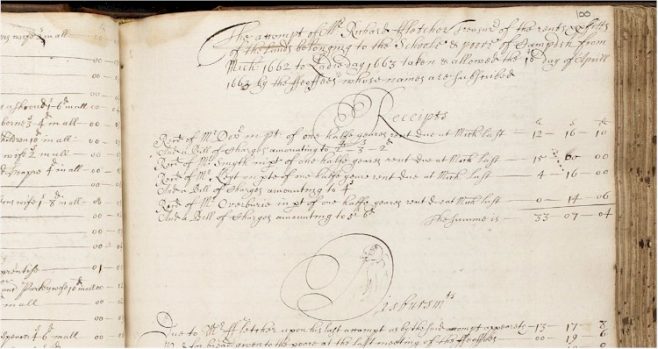 The School Accounts for 1663

To help you while away the time during the enforced “house arrest”, have a go at our quiz based on the School Accounts from 1629-1659.

There are 10 questions on each decade – see how you get on and we’ll post the answers in a week or two!  Feel free to add comments and queries by clicking on “Add a comment about this page”.

If you prefer you can download and print a copy of the questions at the bottom of the page.

The Answers can be downloaded at the bottom of the page.

2.    What expensive air purifier was used in the school at one time?

3.    What was given to the schoolboys at Christmas?

7.    On 3 occasions women were given money to go to London for help.
For what reason?

8.    What garden feature was created and maintained in the school grounds?

10.  What was generally given out on Good Friday?