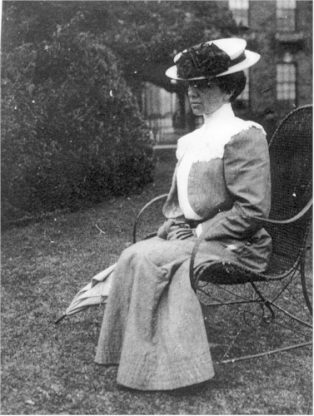 In October 2015 two large parcels arrived in the CCHS Archive Room and to our delight we found that they were the collected papers of Josephine Griffiths, who lived in Campden all her life and was a noted local historian.

We already knew, from her Book of Remembrance in the parish church, that she enjoyed embellishing her writing in the style of illuminated manuscripts. But we also found, from the sketchbooks in the collection, that she was an accomplished artist who enjoyed drawing landscapes and humorous portraits. 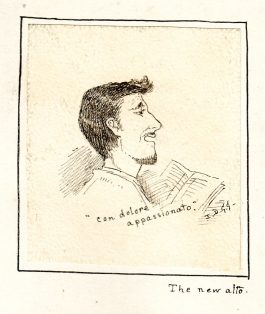 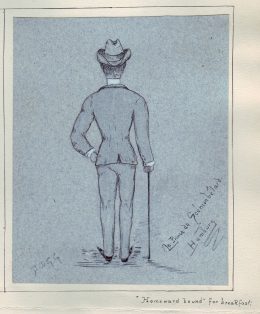 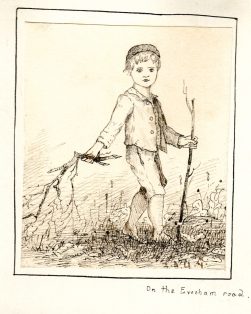 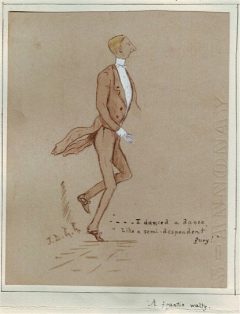 The newly revealed photographs and letters in the collection have provided us with the material to put together the story of her life and her contribution to Campden and its history.  We should also be able to uncover more of the story of Bedfont House – there is a set of old deeds and a chance comment in her notes has given us the name of the designer of the gardens at the back of the house, which has led to an internet search of other well-known gardens. More to come…!  To see our progress, visit The Griffiths family and Bedfont House 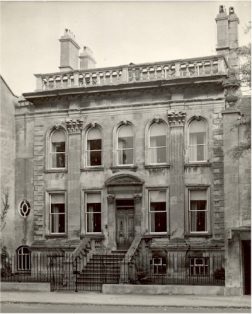 Miss Josephine Griffiths was a member of a prominent Campden family living at Bedfont House, the large Georgian building situated on the lower side of the High Street.  Her father, William Higford Griffiths, was a local solicitor with a family of five sons and two daughters.  Josie, or Joe as she was known in the family, was the eldest, remained unmarried and eventually made her home at Little Martins on the top side of the High Street, living in Campden all her life.  She researched and wrote about the history of her family as well as that of the town.

She was a very devout member of St. James Church, Campden, attending all Sunday services and was frequently to be seen during the week walking to morning service, always dressed in black or grey costume.  She occasionally played the church organ and tended to many of the church records, evidence of which can be found in the Church Muniment Room where there are two large volumes, written in her own distinctive classical handwriting, recording – “An Index to the Lords of the Manor of the Borough of Campden” and also “The Ecclesiastical Records of St. James Church, Chipping Campden”.

The Book of Remembrance

During WW1, she was continually active in raising funds for the Red Cross and other military associations by organising knitting and garden parties and door to door collections.  Her descriptions of Armistice Day celebrations are all recorded in local history books, as well as the part she took in the erection of the Town War Memorial in 1921.  But, no doubt, the best memorial to her is the Book of Remembrance which she hand wrote in 1923 and which rests in a glass case by the War Memorial in St. James Church.  It contains the names and regiments or ships of the 333 local men and one nurse, who served in the two world wars and a page is turned every day to show one of these names.  The pages are decorated with her hand-drawings of garden and wild flowers and ornate lettering and the volume makes a fitting tribute to these men.

In a church magazine of 1950, the vicar wrote of Miss Griffiths:

Campden, its Church and its people, was life itself – she loved them as a trust from God.

The Evesham Journal obituary described her as “a wit, a scholar and a saint.”  She was much loved and respected later in life and is considered to be an important Campden historian.