You are here: Home>History>People>Arts, Artists and Craftspeople>C R Ashbee and The Guild of Handicraft

C R Ashbee and The Guild of Handicraft 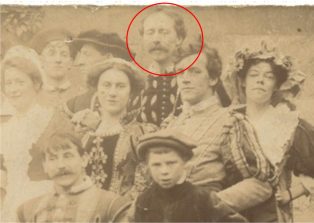 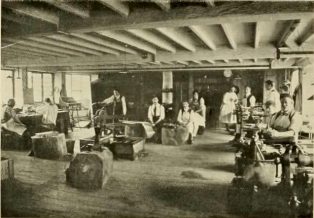 The Guild of Handicraft at the Silk Mill

Charles Robert Ashbee was born in Isleworth on the 17 May 1863. He went to Wellington College and read history at King’s College, Cambridge from 1883 to 1886, and studied under the architect George Frederick Bodley.

The Guild of Handicraft

Ashbee was a follower of John Ruskin and William Morris and in 1888 he set up the Guild and School of Handicraft in the East End of London.  The Guild operated as a co-operative, and its stated aim was to:

seek not only to set a higher standard of craftsmanship, but at the same time, and in so doing, to protect the status of the craftsman. To this end it endeavours to steer a mean between the independence of the artist – which is individualistic and often parasitical – and the trade-shop, where the workman is bound to purely commercial and antiquated traditions, and has, as a rule, neither stake in the business nor any interest beyond his weekly wage.

The move to Campden

In 1902, in search of a simpler life, Ashbee moved the Guild to Chipping Campden where he set up workshops in the old Silk Mill on Sheep Street.  The Guild of Handicraft specialised in metalworking, producing jewellery and enamels as well as hand-wrought copper and wrought ironwork, but it also had stonemasons, woodworkers, and craftsmen in stained glass.

Unable to make it pay, the Guild was dissolved in 1907, but several of the craftsmen stayed on and continued their work.  Ashbee lived in Campden until 1919 when he moved to the Middle East.  He died in Sevenoaks in 1942, six days after his 79th birthday and is buried at St Peter and St Paul’s Church, Seal, Kent.