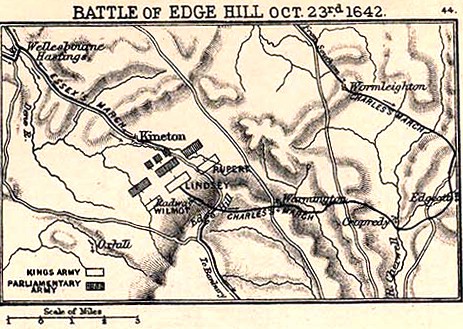 The sound of the field guns could well have been heard in Campden and would have brought home to its people that the newly begun Civil War was not likely to pass them by and, sure enough, the following year it was reported that ‘Major Bridges (Roundhead) Governor of Warwick, hath lately … [had an] encounter with Lord Mollineux (Cavalier) at Campden … and routed them all at the second charge …’

Local government in the past included the manorial courts – Court Leet and Court Baron. The Court Leet records include some information about Campdonians – some well-known from other sources and some not otherwise heard of. However to get mentioned it was usually necessary to commit a misdemeanour or a nuisance. The records were always very formal but one wonders if the actual proceedings were quite as serious.

‘Friday the 28th Day of October 1814. … The surveyors of the highways, the churchwardens and several men were presented for failures to repair drains or paths or to remove things left in the street …

‘We also present Thomas Freeman for stone lying against the jail.’

‘We also present John Stanley for stones lying at the Hare and Hounds door.’ (That’s now the Lygon Arms and he was a quarry owner.)

‘We also present Richard Hulls for timber lying in the street’ (He was the builder and architect.)

The place must have been jolly untidy. We can’t help wondering If John Stanley just dropped his load outside the Hare and Hounds while he went inside for a quick one. Perhaps hours later he staggered back home completely forgetting his stones.

1532 – Thomas Smyth in the Royal Household

Thomas Smyth, page to Henry VIII, accompanied the King and Ann Boleyn to Calais on a state visit. Ann was not yet married to Henry but she was already in possession of Queen Katherine’s regalia so would have been dressed and bejewelled appropriately for attending the meeting with Francois, King of France that was named The Field of the Cloth of Gold. Thomas was not yet lord of the manor of Campden (he married the heiress Elizabeth ffitzherbert four years later).  Did he in later years regale the local Campden and district gentry with stories of this visit and other tales of life at Court? 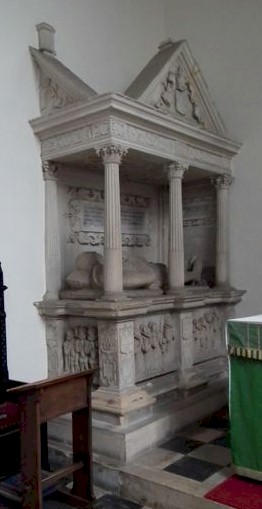 After acquiring as much land as he possibly could to reunite the manor, which had been divided several hundred years earlier, Sir Thomas Smyth died on 31st October, 1593. Although he did not die in Campden, but at Ocle Pychard in Herefordshire, he was buried here in the chancel of St James’ church. The manor is said to have been divided again at his death since his step-daughter, Grisogon, child of Elizabeth and her first husband, inherited her mother’s right to half the manor. Anthony Smyth inherited the remainder and two younger sons had already been settled with £40 a year, chargeable to the rents from the Campden lands. If anyone thought that this disposition would cause trouble, they would have been right.

On 12th October 1609, an attorney was appointed to receive from the sheriff all the lands held by Anthony Smyth, deceased, in Gloucestershire but sorting that out would prove a complicated task since much was leased or mortgaged, sometimes more than once to different creditors.

The vicar, William Bartholomew, was arraigned before the Roundhead Committee for Plundered Ministers in London. The precise charges brought against him are not clear but, having been appointed by a Royalist supporter, he was probably accused in some way of not being sufficiently Puritan. On 7th October the case was deferred so that he – ‘the minister of Chippinge Cambden’ – could produce certain documents.  On 9th October two MPs were instructed to ‘write to the said Committee’ on the matter. What happened? We don’t know but he continued as vicar until his death in 1660 after the Restoration. A book on the Sufferings of the Clergy tells that ‘… Bartholomew … was miserably harassed by the Rebels. Not one of his persecutors was there but came to some untimely end’.