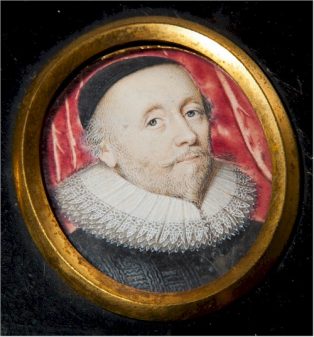 1120  Lord of the Manor of Campden drowned

Richard, the son and heir of Hugh d’Avranches, the first Earl of Chester and the first Norman to be lord of the manor of Campden, inherited his father’s vast estates in 1101. In November 1120, whilst still a young man of about 26, he died in tragic circumstances.  Richard was a companion of Prince William, eldest son of Henry I. The King, the Prince and a large crowd of courtiers had been in Normandy and although it was late in the year they wanted to be back home for Christmas. They seem to have had a fine going away party before they left in several ships. When they embarked on 25th November 1120, many of those on board the Prince’s ship are said to have been drunk, including most of the sailors. Shortly after leaving Barfleur the White Ship foundered and sank. Amongst those drowned were Richard and his wife and Prince William. Neither left an heir.

It was said that King Henry never smiled again. Now for both the kingdom and the manor the succession could not be a direct male heir.

The later struggle between Stephen and Matilda was the result for the realm. The manor of Campden, the other properties and titles descended to Ranulph de Meschin, Richard’s first cousin, already the Earl of Carlisle. This did not make much difference to the Campdonians of the time; they had to work hard for whoever was granted the manor by the king.

On 12th November Thomas Aprise of Chipping Campden was pardoned and a sentence of outlawry was revoked. He had been outlawed for failing to appear in court in London to answer a charge of being in debt to Mark Dyngley for £7 8s 11d. He had surrendered himself to the Fleet prison – but presumably still had to repay or otherwise get out of the debt.

On 5th November an attempt to blow up the king and his family and both Houses of Parliament was discovered in time. The following year  Sir Baptist Hicks was appointed as the foreman of the jury at the trial of Father Henry Garnet, a Jesuit priest who knew Robert Catesby, one of the main conspirators.  Sir Baptist purchased the Manor of Campden in around 1608.

The many mortgages and loans taken by Anthony Smyth, Lord of the Manor of Campden prior to Sir Baptist Hicks, were still causing trouble years later.  On 11th November 1619, Sir Baptist Hicks was required to produce a statement of his account by Anthony’s widow. It would not be until the following April that the son, Thomas Smyth gave a quitclaim for all the alleged debts.

Sir Baptist Hicks’s London business was affected by a banking crash and he was one of those who helped bail out the defaulting companies.  A letter to a man named Carleton says, ‘The late Lord Mayor has failed and decamped, taking his valuables with him. … The East India and Muscovy Companies cannot pay their debts.  Sir Baptist Hicks, Sir William Cockayne and Peter van Lore, who is knighted, have advanced £30,000 …’

Even in wartime things can be quieter in the winter. November 1645 was such a time in Campden. The marching armies had gone elsewhere and since the burning down of Campden House in May there had been no garrison to feed. One indication that things were a little nearer to normal is that on the 11th of the month the churchwardens presented their accounts for the first time since 1st July 1642.  Amongst the many items were the purchase of wine for communion during the intervening years. Adam Hopkins was paid eight guineas and tenpence, Mr Travis received £2 11s 8d ‘for wine att Easter 1644’ with another 2s 8d ‘for a horse and man to fetch the same’. And an undated payment, showing perhaps better than anything else the determination of the vicar and townsfolk to continue in spite of everything, is the payment of 3s 6d ‘to Mr Izoid for Metheglin (spiced mead) att 2 times to helpe out when wine was scarse’.