You are here: Home>History>Campden Shops and Businesses>Made with stone-milled flour

Made with stone-milled flour 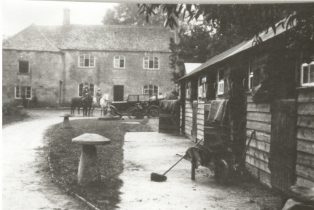 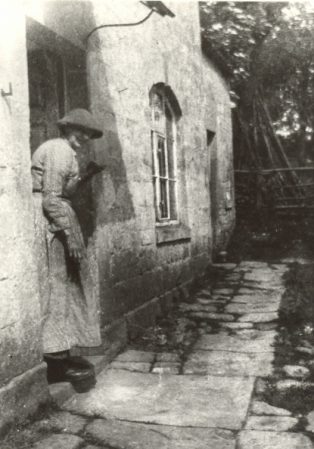 As a young boy I remember the four water-powered flour mills that were all flourishing in Campden at that time. If my memory serves me right they were: Westington, Haydon, Berrington and Pudlicote, the latter being some way out of the town.

The water to power these mills began as springs in the hills above the town, below Broadway Tower at Coombe, becoming a stream joined by others as it flowed down into The Craves and under The Guild in the town itself, now proudly bearing the name of the River Cam. Much further on it would join the Stour which itself became a tributary of the Thames. In those days I remember a man, though his name escapes me, whose job it was to clear the stream by crawling along underneath the Guild, removing branches and debris. Today of course a grid does the job.

Westington Mill situated at the end of Park Road was operated by Billy and Bessie Keen and happy millers they were. Billy’s laugh is still a vivid memory when he would take me upstairs to watch the mill operating. He would sit on the timbers of the mill as they slowly revolved and then jump off with a laugh.

His wife Bessie always wore a smock and one of Billy’s caps! I remember as a boy going with my father, Harry Wheatcroft, on the dray pulled by our horse Prince, to take sacks of corn to be milled by Billy. Sitting on these sacks I often wished Father would let me hold the reins! We used the milled corn to feed our pigs. The mill pool at Westington was also used as a sheep wash. Somewhere, half way between Campden House and the mill, was the Bathing Lake. Although privately owned, for a small charge, local people could use it. Bessie Keen would collect our ‘thrupence’ at the mill before we could continue walking up to the lake for a swim. The wheel at Haydon’s Mill

My memory of Haydon Mill is the big rotating wheel. This mill was tucked away behind the High Street in Calf’s Lane and I believe was operated by Dudley Haydon and his family. My brother Lewis once fell into the mill pool there and was hooked out with a pitchfork through his clothes!

Berrington Mill, adjacent to the Coneygree, was operated by the Parsons family who I remember had a daughter Joan and a son who sadly was killed in the war. I have no other memories of this mill.

Pudlicote Mill, situated on the Shipston-on-Stour road was owned by Will Courtman, a connection of our family.  My father would go to his mill to help ”set sponge”.  This, I understand, is the first treatment of the flour in the process of bread making.

The six baker’s shops that the mills may have supplied at that time were: Mrs Callaway’s on Sheep St corner, Heritage’s on the Lower High Street opposite to Sheep Street corner, Walter’s to the left of Cutt’s garage, Collett’s next door to the Old Post Office opposite the War Memorial, Bennett’s on the Upper High Street, and Mrs Hartley’s in Leasebourne.

Mrs Hartley sold pieces of scrumptious gingerbread for 1d and Mrs Callaway with her daughter May sold delicious lardy cakes – 4 for 3½ d. My brother Sid and I would treat ourselves to one of these on a Saturday after we had traversed the town selling Father’s produce from a barrow. Of course we had to confess why some of the money was missing! But Father never minded if we had done well.

I have enjoyed reminiscing over ‘the old days’ and wonder if anyone else remembers these mills and bakeries? I would love to hear your tales and shared memories. Maybe they will be clearer than mine. Now at 97 these are the best I can offer and I hope you have enjoyed reading them.