You are here: Home>History>Campden in Wartime>Norton Hall Red Cross Hospital in WW1 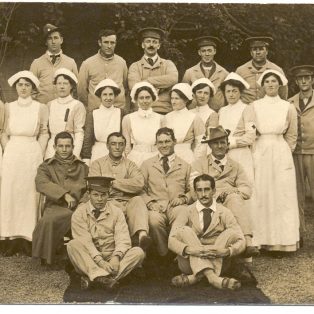 Maye Bruce in the centre in dark dress
Jesse Taylor 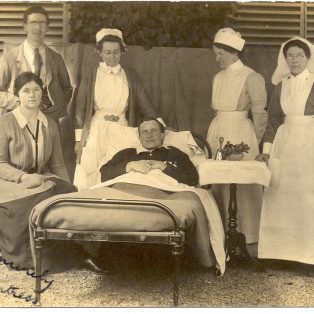 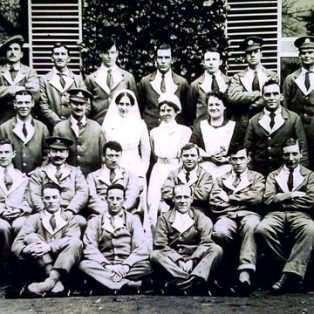 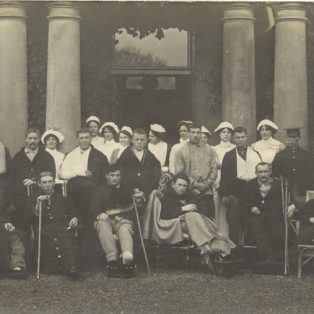 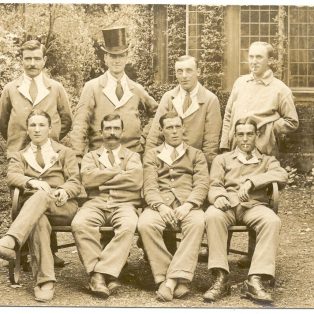 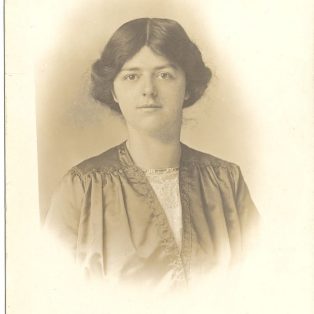 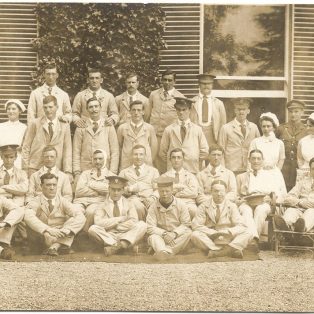 Soldiers and their VAD helpers

During World War 1 there was an urgent need for more hospitals to care for injured soldiers. The Red Cross set up a large number of convalescent hospitals across the UK, many of these based in large houses loaned to the Red Cross by their owners. Cash and trained medical staff were in short supply so the hospitals were run by Voluntary Aid Detachments (V.A.D.s), mostly unpaid local women.

Norton Hall is situated two miles from Mickleton, towards Weston-sub-Edge.  Samuel Bruce purchased Norton Hall in 1884, moving there with his wife Louisa and four children from their main home in Comber, Co. Down.  Their eldest daughter, Maye Emily, was born in Ireland in 1879, and her younger twin sisters Norah and Annette were born in London in the year of their move to Norton Hall.

At the start of WW1 Samuel and Louisa were in London and Maye Bruce, now 35 years old and unmarried, immediately offered Norton Hall as a VAD Hospital. She mobilised help from the community and became the Commandant of the Hospital for the duration of the War. Her sister, Norah, joined her as a volunteer.

Maye Bruce was awarded the MBE in January 1918.

It seems likely that the nurse next to Miss Bruce in the photograph above is Miss Muriel Irene Candler, ARRC, the Lady Superintendent at Norton Hospital. She was awarded the Royal Red Cross Medal, which is given to members of the Military Nursing Service for exceptional services. The award was established on 27 April 1883 by Queen Victoria with a single class of Member. A second and lower class, Associate, was added during World War 1 in 1917, which was given to Miss Candler and other Hospital Superintendents.

Dr John Dewhurst, the Campden GP, was the Medical Officer and Miss Jennie Wixey was the Quartermaster, responsible for procuring and managing the food etc. She was very well-suited for the role, as she was the daughter of Herbert Wixey, a prominent Campden grocer who also ran a bank alongside his shop. Jennie (Jane Emily) is listed in the 1911 Campden census as a bank clerk for her father and at the age of 40 must have had a great deal of experience in accounts and managing a shop.

The VADs provided support services, and in time some developed minor nursing skills. They had a great variety of backgrounds and experience and were apparently maintained by their families. One such volunteer was Mary Dee who gave up her teaching post to help.

Many of the VADs came from villages around the district: the censuses have helped to identify them. Isabella and Nicola Russell were close by, as they were the daughters of the groom on the Norton Hall estate. Misses Priscilla and Elizabeth Trenfield, both of independent means, came from Mickleton, as did Florry (Florence) and Madelaine Pearse, daughters of a teacher.  Mrs Walsh, already active on the Campden Emergency Relief Committee, was the wife of Capt. Lieut. Major Edward Walsh, living at Campden House.

As yet we are unable to identify many of the nurses and VADs; hopefully these photographs will prompt a response from local families.

The first patients at Norton Hall Hospital were, rather surprisingly, wounded Belgian soldiers who were brought to England in considerable numbers at the start of the War. Although the hospital was intended for convalescent soldiers, sadly one died soon after arrival.  Soldat (Private) Victor-Joseph de Martelaere may have been badly wounded anyway but was brought to be with his comrades. He is buried in Mickleton churchyard.

The men at Norton Hall came from all over the country and it is difficult to trace their stories. Some of the postcards have messages on the back and searches have been made by CCHS volunteers to discover their details. The British Army WW1 Service Records, Pension Records and the War Medal Roll Index Cards contain the information, but many records were lost. Only forty-eight per cent of the Service Records survive.

We will be posting the photographs on this website and hope that families who are researching their WW1 relatives will identify them and provide more information.