You are here: Home>History>Campden - an Introduction>Campden in the early 1600s 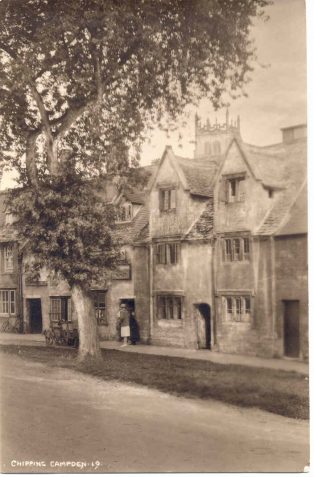 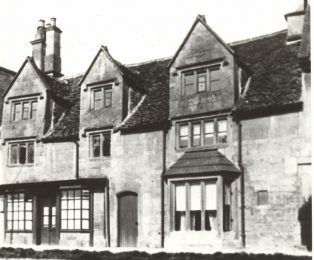 Houses on the upper side of the High Street

At the start of the seventeenth century Chipping Campden, though no longer a centre for the wool trade, was an active market town, sustained by a growing emphasis on agriculture. In 1170 the Lord of the Manor had been granted a market charter and he created what was in effect a ‘new town’ between the existing hamlets of Berrington, Broad Campden and Westington.

Initially it was a short street of ‘wattle and daub’ cottages rented out to artisans who used them as workshops and living accommodation, opening up the fronts for sales on market days.

Two centuries later the wealth brought by the wool trade had enabled some substantial houses to be built and others to be improved – a mixture of timber-framed and stone buildings.  The original market street was extended: some early Wills mention Sheep Street, and some Leasbourne houses appear to date from then.

I give and bequeath to Peter Crosse my son the Mansion place that I do now inhabit and my two houses in the Sheep Street lane to him and to his heirs…
Roger Crosse, Mercer, 1575

There is evidence that a small single storey 14th century cottage existed at the centre of this building (now called The Gables) and some have suggested this was built in 1380.  In the late 15th or early 16th centuries a simple three-storey timber framed building was erected to the front, running parallel with the High Street.  In the early 17th century the house had a box timber frame extension added at the rear, then a single storey extension.

The population in 1548 has been estimated at 1200 people, living in 600 dwellings; the next approximate figure is 1500 people in 1651, rising to 1681 in 1700. This was a large number relative to other towns in north Gloucestershire: in 1700 Moreton Henmarsh had about 526 inhabitants, Stow about 1300 and Northleach 900.  So we may assume that when James I came to the throne the population of Campden was around 1400 people – an active market town.

A muster list compiled in 1608 demonstrates that the town was quite self-sufficient in tradesmen. The survey, of ‘all the able and sufficient men in body, fit for His Majestie’s services in the wars’, lists 161 men with their stature, an approximation of their age, their occupation and capability for bearing arms.

In comparison Moreton offered 44 and Willersey 38 men.  From this list and the varied occupations it can be seen that the town had enough skills to maintain itself:

As this was a survey of fit strong men the total number of active males will have been much higher and of course the women had their own roles, whether in support of their husbands’ trades or in their own right as laundresses, needlewomen, makers of dairy products.