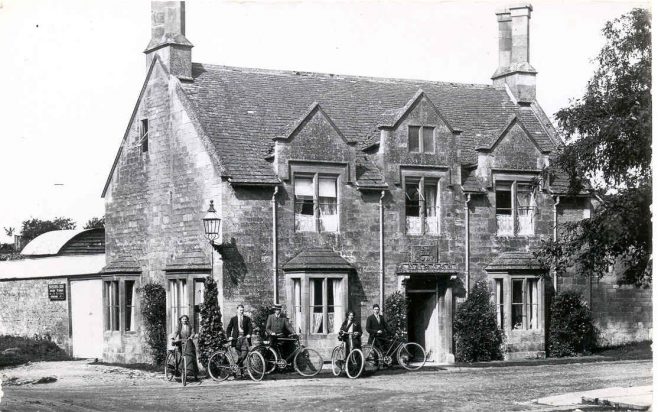 Initially, the main purpose of weighbridges was to weigh carts and carriages as part of the toll collection process on toll roads or turnpikes.

Turnpike trusts were set up by individual acts of Parliament, with powers to collect road tolls to maintain roads in Britain through the 17th, 18th and 19th centuries. The industrial revolution saw a marked increase in weighbridge use. 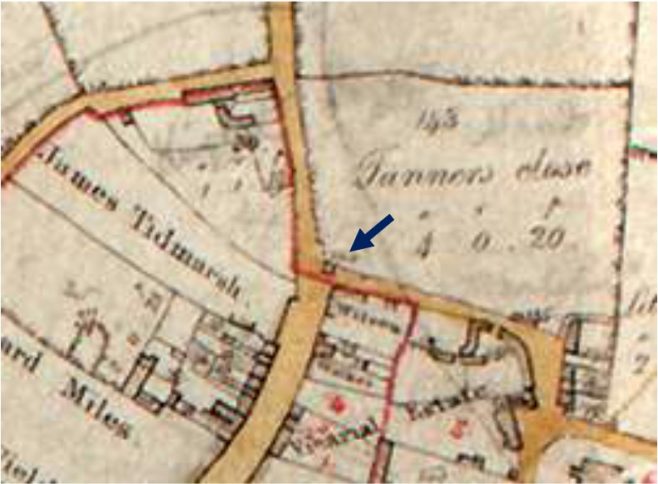 The 1818 map of Campden shows a small square at the junction of Aston Road, Cidermill Lane and Leasebourne.

It seems highly likely, from the name of the house built there, that this was the weighbridge. J C Kingzett, who was born at Wolds End House in 1861 and later emigrated to Canada, wrote some reminiscences in 1935 in which he said that the weighbridge was moved to the railway station – it seems, from what he said, that this was in the latter part of the 19th century.

The house has a date plaque of 1847 and the initials SH and WH.

Study of the 1841 census for these initials shows that the most likely match is Samuel Hiron, silk throwster, and his younger brother, William, who was a ‘surgeon’ (GP) in Campden.  Their father Samuel Hiron, a retired ‘surgeon’, lived in the ‘Market Place’, possibly the house now ‘Kings Hotel’. He died in 1845, leaving extensive property (‘messuages’ and land) to his four sons and daughter, after the death of his wife. The eldest son was Samuel and the third son was William Hiron. The will is not entirely clear about the property but

….also all that my messuage or tenement with the Garden hereditaments and appurtenances thereto belonging as the same are now fenced off set out and allotted situate and being in Chipping Campden aforesaid and now in the occupation of William Henry Holcomb…..

Holcomb was living in the High Street in 1841, according to the census, but he is listed as a ‘poulterer’ – did he have land for poultry at the corner of the roads? At this time the whole of that area (Little Ground) was given over to allotments, let by the Earl of Gainsborough’s estate.  It is just possible that the two Hiron brothers decided to build there, following the development on the other side of the road, on the corner of Cidermill Lane. The 16th century cottages had been rebuilt as substantial 3-storey houses in the mid 1820s. 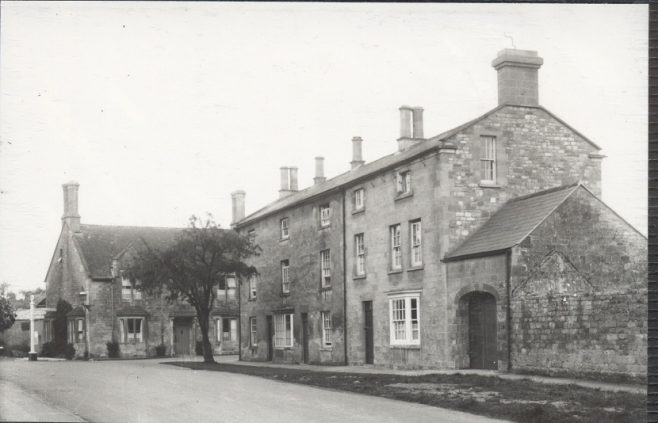 In the 1851 census ‘The Weigh House’ was in multi-occupancy – two households with children and lodgers. But there is no-one whose occupation matches the use of the weighbridge: one householder is a tailor and the other a coal miner (where?!). Does this indicate that the weighbridge had been moved as soon as the railway station had been built? In 1861 and 1871, an ‘Ag Lab’ and a shepherd were heading the two households although listed now as Weighbridge House, just one property. It appears, ten years later, that Thomas Bennett, Ag Lab, with his wife and six children, filled the house. 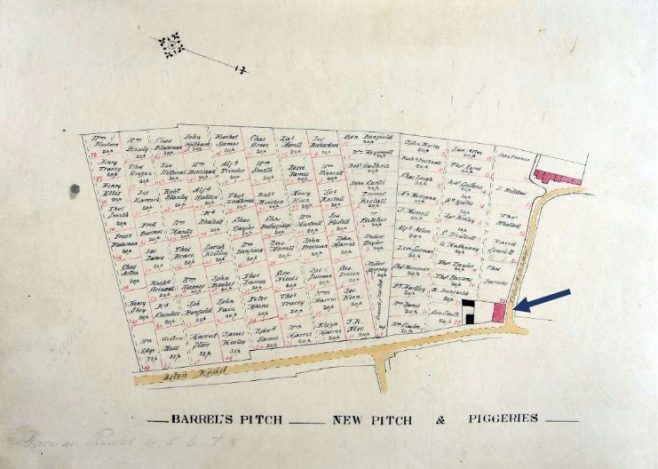 Plan of the allotments on Barrels Pitch in the 1890s, with Weighbridge House bottom right. Next to it is a plot allocated to T. Parsons.

The 1891 census lists Thomas Parsons with his wife and one-year-old son, Victor, who was later killed in WWI.  Parsons developed his plumbing business and took on apprentices, including Fred Willmott, who later took over as the boss.