You are here: Home>Explore our archive>Two drawings by Constance Sparling 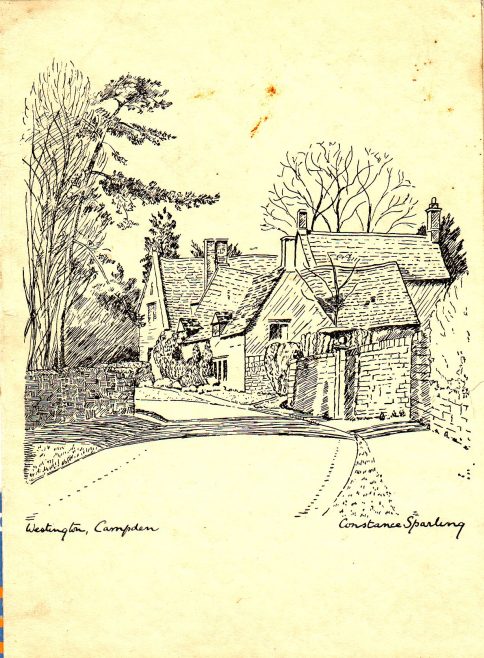 Two sketches  drawn by Constance Sparling, one of Westington, and sent from her and her sister as a Christmas card; the other dated 1943, of the Almshouses (a used postcard, dated 1950 and addressed to Miss Ingles)

Ways to explore the archive