You are here: Home>Explore our archive>Oil Painting of St. James Church by R P Crook 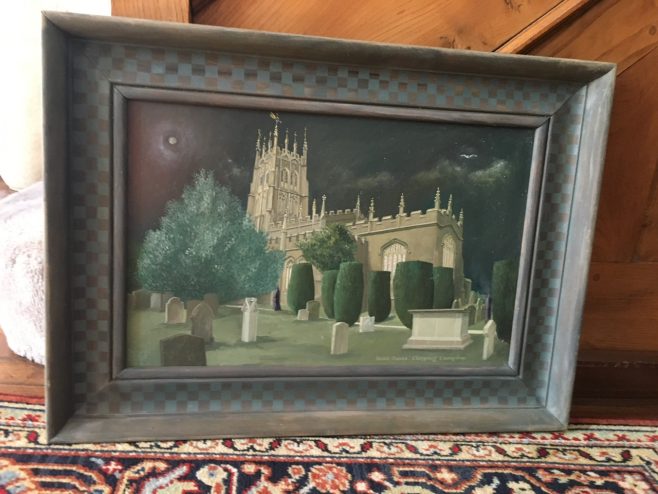 Oil painting by Richard Parker Crook, of St James’ Church from the churchyard at night. Donated by Tim Jones, former Secretary of CADHAS.
A review in ‘The Times’ 5 March 2000, says ‘This artist is undoubtedly a realist painter, but beyond that he is difficult to pigeonhole. Crook is not , for example, a photorealist, making his paintings look like photographs, there’s a sense of strangeness in his compositions. We are familiar with most of the scenes he paints, whether he’s depicting London, Paris or the Cotswolds, but seen through Crook’s eyes, they take on a mysterious quality. Many of them are captured apparently at night, or illuminated from within, and are surrounded with a formal black border. There is something disturbing in Crook’s obsessive preoccupation with  detail, so that the result is faintly hallucinatory. This is where realism moves into super-realism and then surrealism.’

Ways to explore the archive