You are here: Home>Archives>From the Archives>Nicholas Feild, apothecary, and Mary his wife 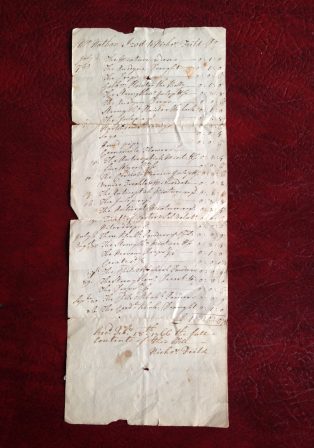 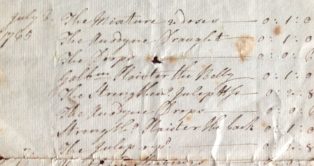 Close-up of the receipted invoice from Nicholas Feild 1765 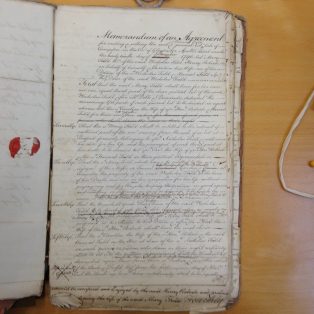 Mary Feild agreement with her daughters 1797

Our item ‘From the Archives’ in September was a document dated 1765.  It has been in the Archives for many years and seemed like a ‘stray’, with no story attached.  But the spelling of the surname was unusual and when we were in Gloucestershire Archives looking at some lawyers’ papers we came across the same name – a story to unravel!

The invoice from Nicholas Feild, an apothecary in Campden, to Nathan Izod, has now been transcribed by a member.  You can see it in the attached document.  Another member has now researched some of the medicines and terms used in the bill and the Glossary can also be downloaded below.  More work to be done on this!
Can anyone work out what ailments Mr Izod and his family suffered from?  Julep drops and rhubarb powders, and a ‘plaister for the belly’!

Now we are moving on to the legal papers, which are quite a few pages of an Agreement between Mary and her daughters, Caroline Roberts and Harriet Feild, after her husband’s death. We have photographed them from Gloucestershire Archives.

We have already transcribed the wills of Mary Feild and Caroline Roberts — so it becomes a family story to investigate – anyone interested?