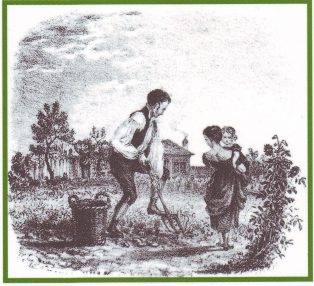 Nick Woodward, a member of the History Society, has used his considerable knowledge and experience as an Economic and Social History lecturer to examine some of the parish records that we have been transcribing over the years.

In a fascinating analysis of marriages he concludes that in the eighteenth and nineteenth centuries  ‘there is plenty of evidence that Chipping Campden was a corn-producing parish.’ He examines why the parish failed to grow over the industrial revolution period and the impact of the decline of the silk and cottage industries.

He says, ‘Another illustration of the importance of arable farming is the fall in population that occurred in the last quarter of the century. Between the population censuses of 1871 and 1901, Campden’s population declined by 23 per cent. When we look at the demographic reasons for this it is clear that out-migration was responsible.’  The dates of marriages, charted weekly and by season, provide further evidence of the changes in agriculture from sheep farming in the earlier centuries.

Two papers are appended here, providing valuable insights into the ways in which we can undertake further research.