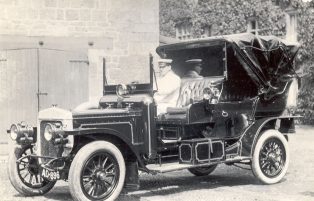 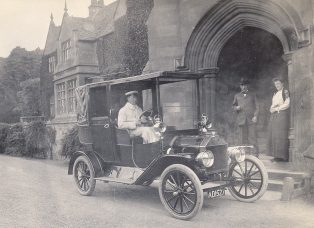 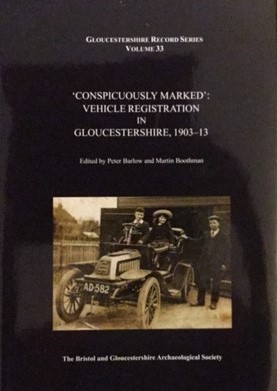 Photographs of two of the first motor cars seen in Campden are amongst the 16,000 digital images stored in our archives. They are of particular interest because the number plates can be clearly seen, enabling the cars to be identified, with their owners at the time. One car is a luxury Daimler, the other a more mundane Ford, but still exceptional for the time.

A CCHS member has an interest in early transport and has already provided us with valuable information about a number of vehicles in our photo archives. So we were happy to help when he asked if we would lend these two photos for a book produced by The Bristol and Gloucestershire Archaeological Society (BGAS) entitled ‘Conspicuously Marked’: Vehicle Registration in Gloucestershire 1903-13.

The authors have tracked down the details of motor car and motor cycle registration over these early years. As they say in their introduction, ‘As a glance through the entries will show, men and women in all walks of life took advantage of motorised mobility.’ The book will be useful for different users, including ‘those interested in the demography of vehicle ownership; local historians; family historians, and of course those with a more technical interest in the vehicles themselves.’

The book will be placed in the CCHS Archives for members’ research.