A team of Campden House Dig Diehards carried out a further geophysical survey under the direction of Tony Roberts of Archeoscan.  The area surveyed is the piece of land which runs alongside Calf Lane and the lane to Campden Mill. 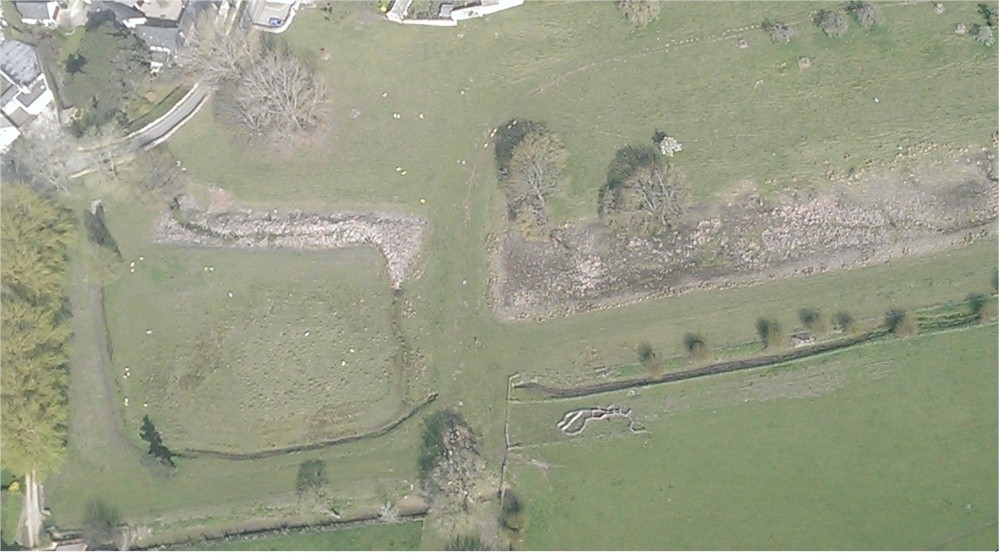 It is a curious area of land, crossed by various watercourses and covered in reeds, bulrushes, nettles (in places), molehills and, more especially, anthills – but only on certain, slightly raised, places.  In the past watercress was grown here and this continues as a wild plant today, although it is probably not wise to eat it! 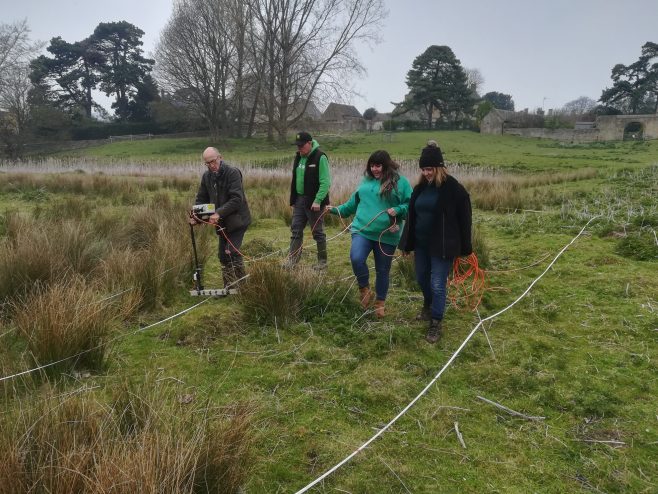 When Christopher Mowl visited he conjectured that this could be the remnants of a Caroline garden created by Lady Juliana Noel.  Another theory is that this could be the site of the original manor house, surrounded by a ditch or moat.  We hope that the geophysical survey will reveal more clearly what was here.  One difficulty – common to many archeological sites – is that the area has been disturbed and changed over the centuries, even if only in terms of dredging the watercourses and so any conclusions will be tentative.  However, we are hoping that there may be something that will indicate that a small trench should be dug to investigate further.